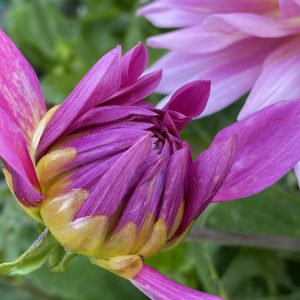 Some time ago the magazine of the Rolf Institute of Structural Integration® published an excerpt from Dr. Jeffrey Maitland’s book Spacious Body: Explorations in Somatic Ontology. It was a dense and chewy read by a philosopher and Rolfer, and though it took me a while to read the whole article, his ideas have resonated in the years since.

Scanning through the article again, I feel like he needed a better editor, but the idea of finding within oneself an “Allowing Will” has been very juicy for me over the years. Can I choose, for instance, to allow support from another being, or allow something deep to happen in my body or experience without trying to control it? What if I just let gravity have that leg for a moment? Will all hell break loose? How about allowing myself to feel that tangle of emotions in the hip? Will the universe implode? Letting go of control can feel very dangerous to someone who has used it to navigate this crazy world. Not that I would know (ahem).

“Fundamentally, allowing is a surrendering of the body-self and its conflicts into a spaciousness greater than itself from which empowered willing and action can manifest.”